I started PAS officially in 1995 as a home project. During that time I was oil painting alot and playing live music shows in a psychedelic, electronic, space rock project named Magic Zorillo. PAS was an outlet for me to experiment and learn more about how audio works including recording techiniques. Later in 2008 PAS became the sole purpose of my creativity.

2. Was releasing unofficial CD-Rs and tape cassettes more thrilling than releasing official CDs? What about vinyl?

Releasing cd-rs are different approach than cds. I prefer to make official pressed cd's. There are things production houses can do that I will never be able to. Although occasionally it's nice to release a cd-r and include more personal artwork. CD's are better if you want better distribution, reviews, and radioplay. A lot of people will not take cd-r submissions. We love vinyl but haven't produced any through our label.

3. Why did you set your Myspace page only to archive? What is wrong with Myspace? Why is it dead?

There are a lot of these networking sites on the internet. I need to focus on one or two. I can't update them all. I need the time to make sound productions! Myspace had it's day and now it's full of SPAM. It started to become impossible to check my mail because I had to delete 100 SPAM messages everyday. It's 'dead' to me because it's only friendly to mainstream artists and the mainstream artists push their SPAM on you.

4. Can you say something about your label? Do you release other artists too? I know about Jazzfakers.

5. What is the special relationship between you and Jazzfakers?

The Jazzfakers quartet is my other project. It consists of myself, Steve Orbach, Raphael Zwyer, and David Tamura. It is a mixture of jazz, electronic, and krautrock. It is also an improvised project that pushes the basic concepts of jazz and introduces new elements to the genre.

6. Can you say something about your recent split 7 inch? Who are Thorsten Soltau & The Elecctent People?

It was a pleasure to be invited to work on a split 7 inch with Thorsten Soltau from the M.M. Label. I love the work that they do. Most M.M. Label releases have been on vinyl format with beautiful artwork. Thorsten Soltau and the Elecctent People are a group or artists and musicians who collaborate on the M. M. Label to produce amazing art and sound collages. Their webpage can be found here: http://aemag.virb.com/

7. Can you say something about MM label?

I think I mentioned this above.

8. Where does PAS records print CDs?

I usually use a printing house called Discmakers in the United States.

9. Do you have a distributer?

Our releases are distributed now through Alrealon Musique. They use Code 7 and Stickfigure distribution.

I only made two. I am not sure why there are 11. Maybe other people made them? I made an additional one because I forgot my first password.

It means that I have started to perform and actually make cd-rs. As I said before, the first years were when I was just experimenting and learning about audio in my basement.

12. Where can we find more recent videos of your shows? Do you have a Youtube channel?

You can find many videos of our performances and friends we videotaped here: http://vimeo.com/pasmusic

13. 2009 was quite intense for you. At least videos on Myspace show that. What do you think about that?

When I do something artistically I give it my 100%. I concentrate all of my energy into something and stay focused even when times are bad. 2009 was just a start. Every year it gets busier and busier. The more you do the more contacts and opportunities evolve. I try to do different things every year. This year we went on our first US tour with Philippe Petit and that was successful. Maybe next year Asia.

14. Who makes your visuals?
PAS, as a collective make our own visuals. Lately, I have been focusing more on the visual part. During last year's European tour we had Brooklyn's Big Brother on Acid do our visuals.

15. What are your visuals about?

Our visuals are mainly used to evoke feelings or mood. They conjoin with the audio to engulf the viewer in a unique place. I like to try and present very intense visuals and abstract audio to start a meditative-like experience. I like to try to get people out of themselves into a totally different place where their everyday worries and experiences disappear. It's very much like a meditation.

Post Abortion Stress was taken from a religious pamphlet. It is a metaphor for all of those aborted from society in someway. It's the stress put on those excluded people to conform to society whether it be through the form of art or everyday lifestyle. My art is very abstract and so is my peers work. The name is crude and strong but so can the feelings of exclusion and the pressure to conform.

I have been very influenced by 'Industrial' music. So in the beginning my approach was a bit stronger in context. Now I leave the name just PAS or Pas Musique. I like the development of the name PAS or Pas Musique because the name in French means 'Not Music' and I like that approach in how we create sound.

17. What is the relationship between you and Vultures?

Vultures are very good friends with us since 2008. Will Connor (Vultures) has influenced my style greatly and we perform with Vultures whenever we can. Anthony and I also work together occasionally and he hosts some of our work in his online compilation 'Classwar Karaoke.' He is an incredibly creative guy.

18. Can you say something about Classwar Karaoke?

Classwar Karaoke is an amazing online compilation that hosts many great artists from around the world. If you haven't downloaded an enjoyed the most recent survey, you must do it now!

The Brooklyn, New York scene is very mixed. New York is a big city so you have lots of music and lots of different music scenes. I can think of about 5 different experimental circles that occasionally overlap. But I think we all have the same problems. Many of the clubs and undergroud spots have closed because of high rents and big business taking over. But there will always be spaces, you just have to keep informed on what's new.

20. Are there a lot of bands that make improvised music?

Many bands. There are too many to mention.

21. Is there a label completely dedicated to improvised music?

Public Eyesore and Tzadik are a few.

22. Can you name some cool bands from Brooklyn?

23. Do you have some songs previously composed or do you play only improvised?

Occasionally we have a composed song but mostly we play improvised. Sometimes the improvisations have themes. So we may start off composed and evolve into improvisation. If we improvise the same themes for sometime they develop into songs. Then it's time to make recordings. When we make recordings then we start over with new themes to keep everything fresh.

24. What is the thrill of improvised music. Why do you like to improvise?

The thrill of improvisation is the uncertainty of what will happen. It is also a reflection of the groups mood at the time. It's a more natural way of artistic expression. If you play a rehearsed song it is always the same whether you feel happy or sad. But with improvisation your mood can dictate the tone of the performance.

25. When will your next tour to Europe happen? Will you visit Slovenia?

We will go to Europe this year for Faust's Avant Garde Festival in June. But next year we will probably do another European tour. We would love to play in Slovenia. Let's talk more about that. 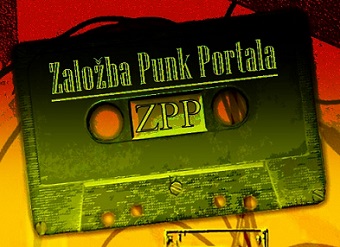 UNITED WE ARE STRONG